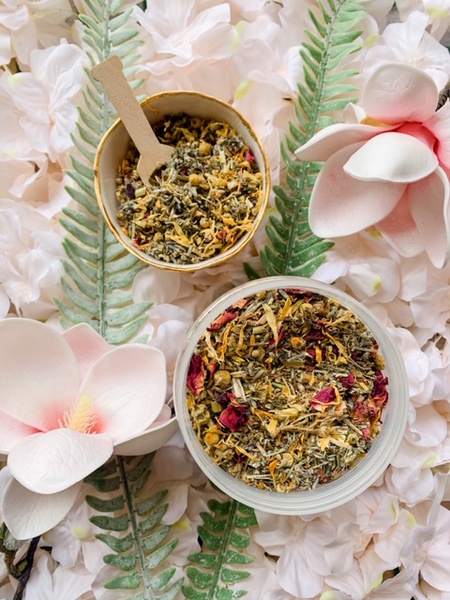 Yoni steaming is an age-old natural remedy said to cleanse the vagina and uterus, regulate menstruation, and ease period cramps and bloating. After receiving high praise on Gyweneth paltrow's show GOOP, the practice has surged in popularity.

Simply put, a Yoni Steam is like a facial steam but for your lady parts.

This ancient practice involves sitting over a pot of herb infused warm water and allowing the steam to tone, soften and rejuvenate both the interior and exterior realms. Yoni steaming is a simple traditional remedy that we, modern day women, can call upon to naturally treat some of the challenges associated with the menstrual cycle.

GOES BY MANY NAMES…

In many cultures, yoni steaming has remained a well-respected ritual for supporting all aspects of women’s wellness – from the physical, to the emotional and spiritual. Yoni steaming is truly an ancient remedy that has stood the test of time.

Following is a suggested method of doing a vaginal steam at home. However, before you try it yourself, you’ll want to consider its supposed benefits and possible safety issues, as discussed below.

The average steam session lasts between 20 and 60 minutes. Depending on how hot the water is, the steam may cool sooner.

No reviews yet.
Back to all items

Sign up and you will be the first to know the latest news, shopping and more!